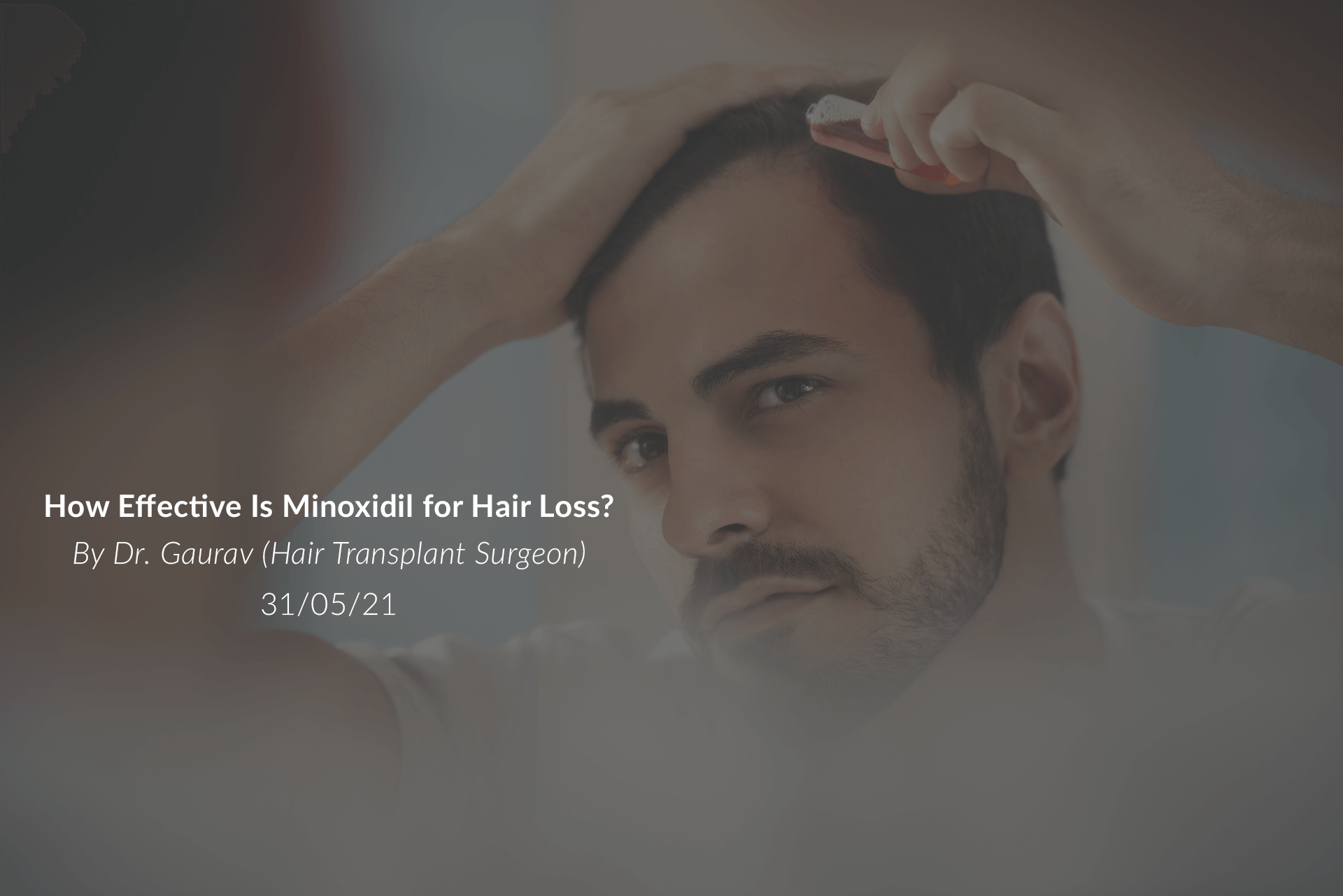 Minoxidil is a topical serum, that was originally developed as an oral medication for blood pressure that promotes hair growth, thickness and strength.

Let’s get into its history a bit. Minoxidil was originally developed in the early 1960s as advertised as an oral treatment for high blood pressure, a condition for which it still isn’t used. In one of the early trials for the treatment of blood pressure, the curious case of hair growth in many individuals was noted. After decades of research the US FDA approved topical minoxidil to treat male hair loss and then later for female hair loss as well which gave birth to tons of minoxidil based solutions.

Today, it is found in various formulations from 2% to 5% in both liquid (Scalp drops) and foam formula. All are advertised for a single benefit which is to stimulate new hair growth in those experiencing hair loss. Minoxidil is also advertised to increase the density and thickness of hair.

Some Quick Facts About Minoxidil:

Who should use it:  In general, anyone who is concerned about hair loss can use minoxidil although it is never recommended for pregnant individuals.

What are the benefits: Encouragement of hair growth, and strength along with the stimulation of hair follicles are the main benefits.

How often can Minoxidil be used: It can be applied as directed on the packaging to damp hair, results are advertised to be visible approximately after two to three months of regular use.

Things to be cautious about: Never use it with hair dye or other potential over-the-counter irritants.

Does The Use of Minoxidil for Hair Loss Really Work?

Scientists worldwide can’t quite agree on how minoxidil works to promote hair growth. Hair regrowth due to increased blood flow to the hair by dilating the blood vessels in the scalp is one hypothesis that often floats around. Another hypothesis that is also supported by recent data suggests that it increases a specific enzyme (ATP) in the hair follicles which overall increases the growth phases.

To Stimulate Hair Growth: Since every individual and their reasons for hair loss are different, the results that come with the use of Minoxidil can also greatly vary. In approximately 60% to 70% of patients, hair density generally begins to stabilize approximately two to three months after regular use. After around six to eight months of use, the density can increase.

To Increase Hair Thickness & Density: In addition to the aforementioned benefit, one more benefit is the increase of hair density and thickness so that the strands grow back fuller and healthier.

Hair Types: Generally, it is considered safe to use minoxidil for all hair types.  People with color-treated hair might experience irritation.

Can The Use of Minoxidil for Hair Loss Work In Cases Where Balding Is Severe?

Nope. The use of minoxidil in cases where the patient is completely bald can never work. Nor can it work on receding hairlines. In such cases, Hair Transplant is the only solution. We have already talked about multiple aspects of a Hair Transplant Journey on our blog.

What are The Myths & Side Effects Surrounding The Use of Minoxidil for Hair Loss?

Generally speaking, there are quite a few of the myths. One is that the use of minoxidil eventually worsens the hair loss once it’s stopped. This is not true, what actually happens here is that the hair will eventually return to the point where it would have been once the treatment is stopped, not where it was when the treatment started as untreated hair thinning is generally a progressive problem.

The second such myth is that minoxidil increases hair shedding. The reality is that initially, an accelerated pace of hair shading is perfectly normal as Minoxidil stimulates the resting hairs to cycle into a growing phase. Due to this the shedding actually resolves as newer, healthier hairs grow in.

Speaking of side effects, there is just one, that Minoxidil can cause irritation. This is because minoxidil works at the scalp and not at the hair level. So a basic amount of irritation can be experienced. However, one can always consult their trichologist to get a different brand recommended, switching to a brand that suits the patient more works in most cases. In cases where the irritation persists even after switching the brands, then substitutes of minoxidil may be prescribed.

Lastly, the use of Minoxidil should always be started only after consulting a professional. As it is always good to get your scalp evaluated and also understand your specific reasons of hair professionally. For this you may consult with Dr. Gaurav on +91-9990449555.