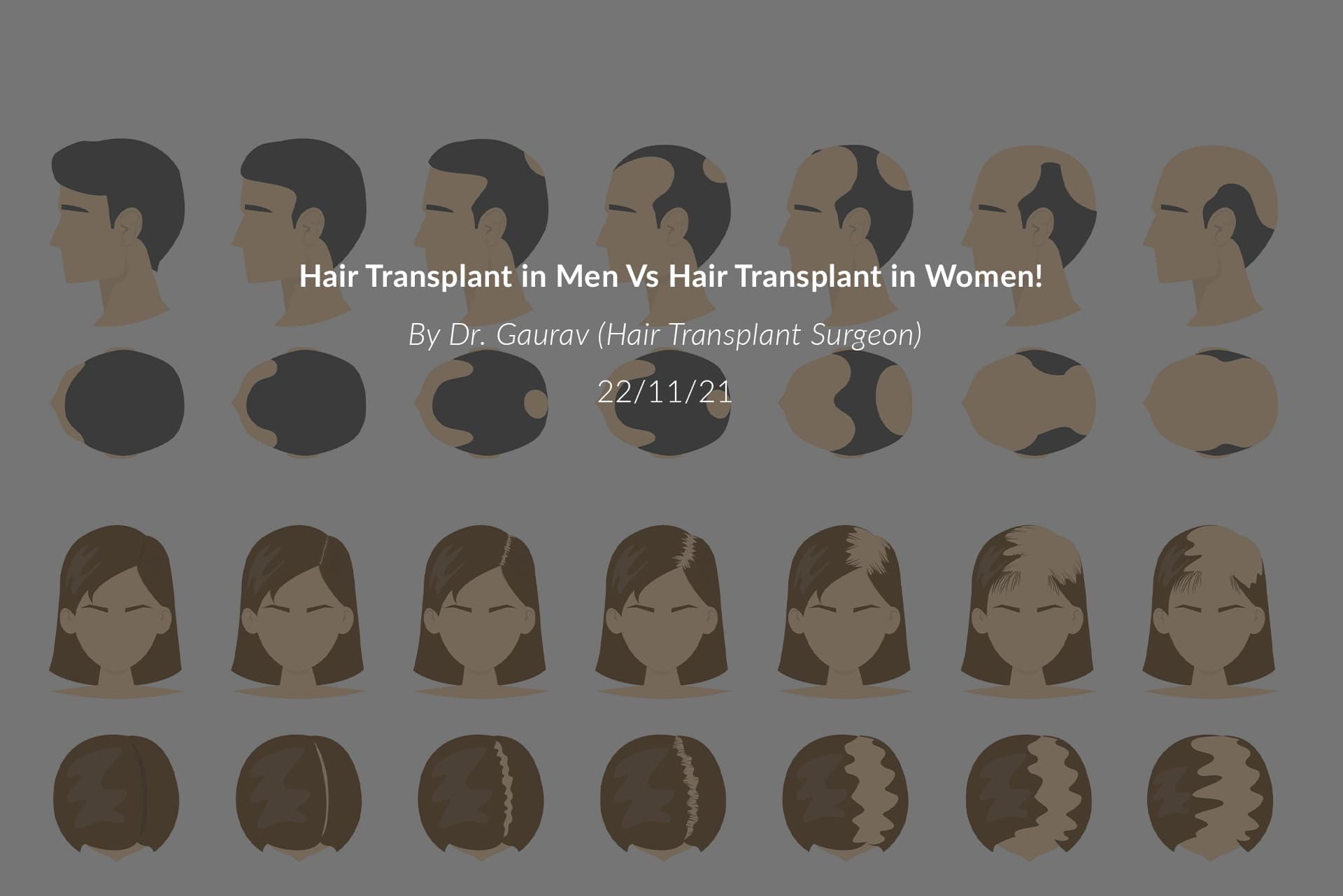 Both male and female hair loss originates from an increased sensitivity to male sex hormones. Testosterone which is also present in specific amounts in females becomes DHT or dihydrotestosterone when it meets a specific enzyme. DHT can be the culprit behind male pattern hair loss (barring all the other non-hormonal reasons for hair loss of course).

Also, androgenetic hair loss for both sexes is defined by a genetically determined shortening of the hair growth phase. When it takes a lengthier time for the hair to shed and start another anagen phase.

The key difference lies in the pattern in which hair loss progresses in both men and women. Men will start to lose the hair from their front hairline while for Women hair loss begins at the centre part of the hair line going outwards. The same can be easily understood with the following visuals. 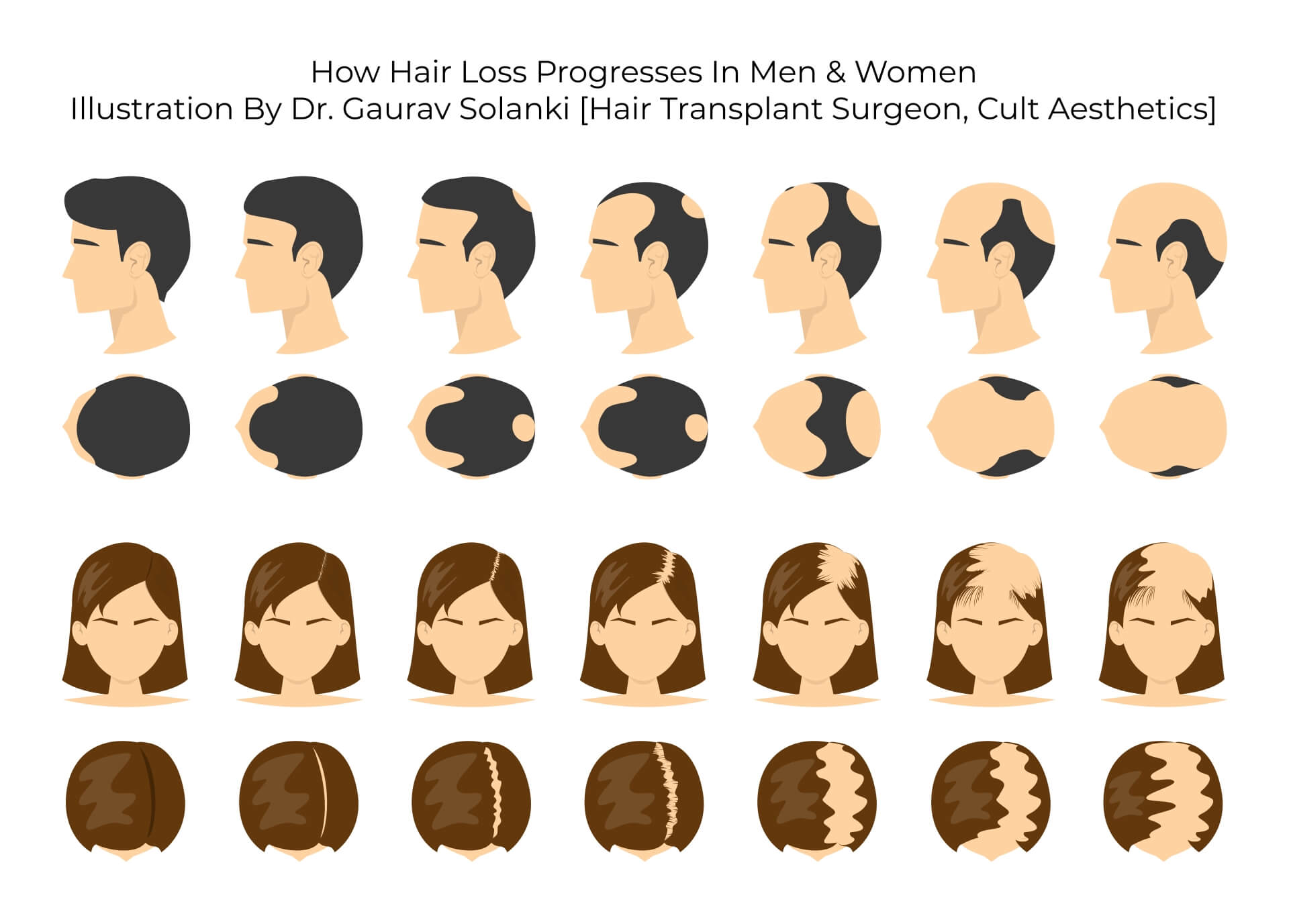 In men, the Hair Transplant is done by removing the donor grafts at the back of the head since this area is often unaffected by the condition. For the actual process, any technique of the Two Types of Hair Transplant: FUT or FUE might be used.

For Hair Transplant in Men, it’s very easy to be a good candidate, however, for Female Hair Transplant, this isn’t the case. As previously mentioned, the donor areas for men are at the back of the head, which is considered to be a stable site unfaceted by DHT.

However, in female pattern baldness, this same area can be quite unstable. Also, when Hair Thinning in women occurs, it usually affects all the areas including this area that is considered to be stable in Men.

The Goal of a Female Hair Transplant

In Women, the frontal hairline remains unaffected since the hair loss can develop in a different pattern (as shown in the previous illustration). Due to this, female Hair Transplant doesn’t have the goal of simply framing the face but also restoring the volume from both the top and the back.

Also, in Women, FUE is the choice for such cases, however, the surgeon might still suggest a different technique depending on the case at hand.

Who Is a Good Female Hair Transplant Candidate? 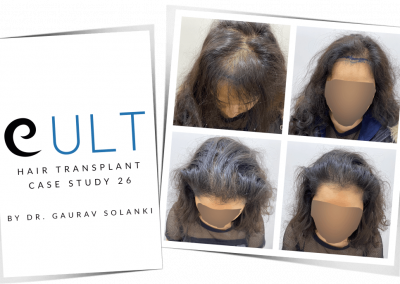 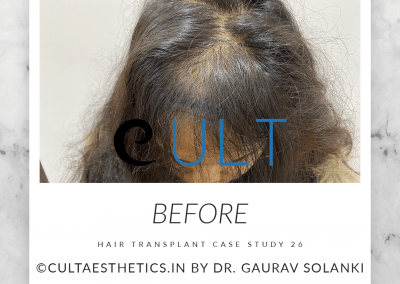 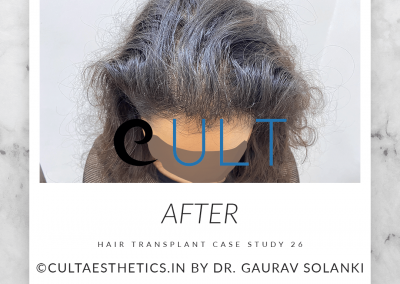 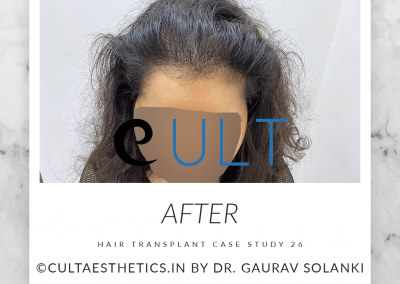 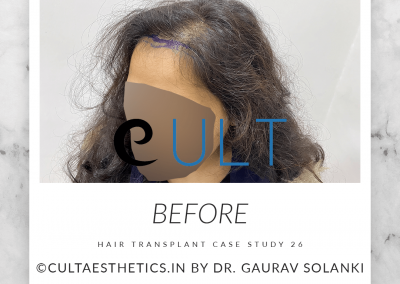 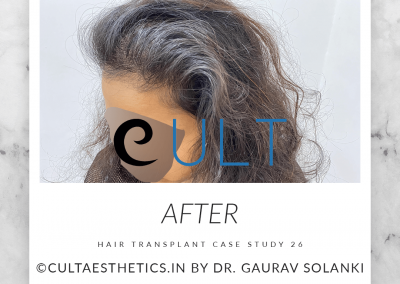 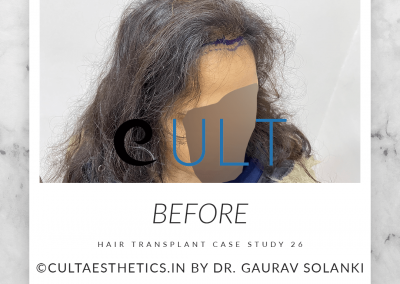 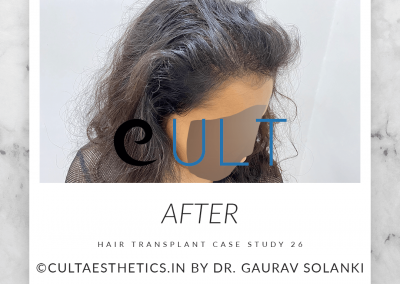 To view all the pictures from this case study, kindly visit: https://cultaesthetics.in/hair-transplant-results-26/

If you are suffering from hair loss and need to consult a Hair Transplant Surgeon for the same, then you may consult Dr. Gaurav by calling us at +91-9990449555